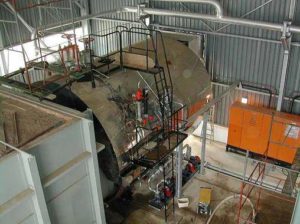 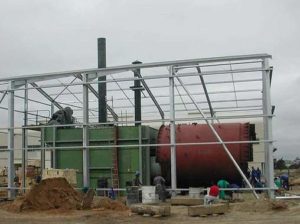 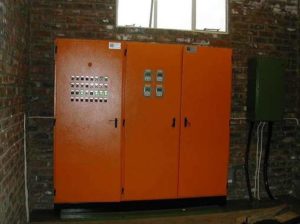 The steam generation system consists of a shell and tube boiler that is supplied with hot air from a Dutch Oven, equipped with step grate furnace. The feed rate of timber waste that is fed into the furnace to fuel the combustion process, is controlled by a variable speed drive. Inside the boiler the hot gas generated in the Dutch Oven is sucked through a series of boiler tubes by an induced draft (ID) fan. Energy is transferred from the hot gas to the water that surrounds the tubes to produce steam. The volume of hot gas flowing through the boiler is controlled by using a variable speed drive on the induced draft fan. The hot exhaust gas leaving the boiler flows through a multi cell grit arrestor and the ID fan before it is exhausted into the atmosphere through a chimney.

Both the TFD kilns and TFD boiler control system is PLC based and is linked to a SCADA system that runs on a computer.